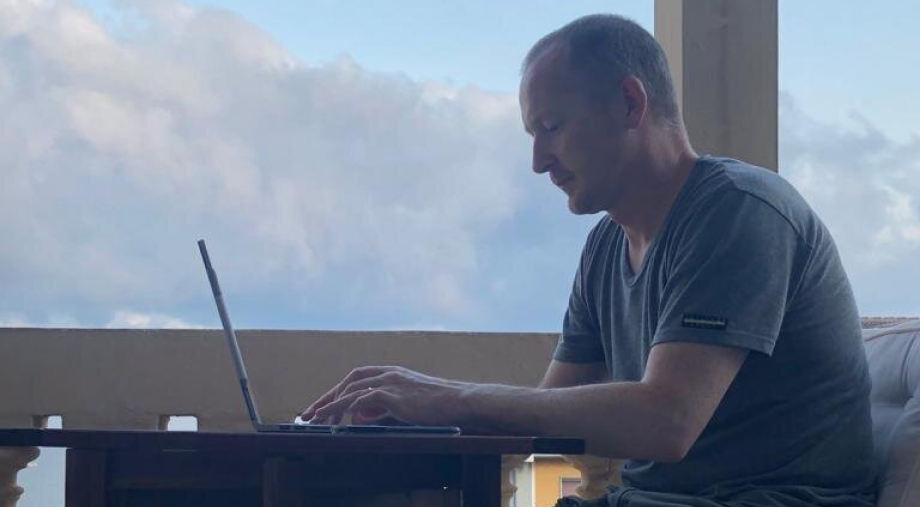 Today I own and operate ecommerce websites with the biggest site doing multiple 7 figures in sales a year.  That’s my story now, but how did I get here?  If you’re curious then stick around and follow along as I break down everything I have learned along the way..

I grew up in Ireland and later moved to Italy.  I still live in Italy today and manage remotely the US corporation I set up to run my ecommerce business.  I worked for many multinational companies here in Italy but it was always just a job for me.  I never found my calling and to be blatantly honest, I never really had the drive to climb the corporate ladder.  And after years of being unsatisfied with my work/life balance I wanted out.

Back in 2015 – 2016 (more or less) I was working for GE Capital, the financial services company of GE.  For me it was just a job but the people I work with made it a nice place to work.  By then I had already figured I would like to do something on the side to make money but I hadn’t discovered dropshipping at that stage.

My colleague Gaspare and I had this running conversation where we would randomly come up with business ideas. Some really out there ideas 😊.  He is an entrepreneur by nature and I loved the idea of doing something else.  Our business idea conversations were daily.

It was around that time I was shopping online for a birthday gift for my brother.  I had a specific idea in mind.  He is always losing stuff from his pockets so I had the idea of getting him a wallet with a tracking chip in it, something that would work with an app so he could track it.  I searched online and couldn’t find anything like that.  Back then it wasn’t a thing apparently.

I figured I had my first business idea and started going down the research phase.  Long story short, it seemed, at least to me, too complicated to produce for a price anyone in their right mind was willing to pay.  So I let the idea go.  Within a year Kickstarter was full of different designs of wallets and cardholders with built in tracking.  I should have seen it through, but I didn’t.  I decided there and then when my next idea comes along I won’t give up on it as quickly.

It was only later when I read The 4 Hour Work Week that it dawned on me that I didn’t have to invent something new.  I could just sell other people’s products that already exist.  I just needed to learn how…

I met my awesome wife Raffaella and unlike me, she has a career to be proud of, that she loves and is near the top of that career ladder.  Head Hunters regularly offer new opportunities to Raffaella so every few years we would relocate to a new city and I would start job hunting again.  I needed to find a way to work from home no matter where home was, so when those career opportunities come along it’s an easier decision for both of us to relocate.

I did what you can imagine.  I googled “how to make money online” and spent the next couple of months going down rabbit hole after rabbit hole.  There are so many ‘get rich quick’ schemes online it’s scary.  I decided to cleanse my soul from the bowels of the internet and youtube and start reading some books about making money. That’s when I read The 4 Hour Work Week and before I was done reading it I knew I was on to something.  That book by Tim Ferriss is responsible for a large number of ecommerce entrepreneurs today.

I started my ecom journey in March 2017 and it is by no means a ‘get rich quick’ but rather the method I landed on is a get rich slow scheme.  It’s called dropshipping, but specifically high ticket dropshipping and the financial rewards truly are proportionate to the work you put in.  You can set up an ecom store and do the minimum to keep it ticking over and make $2,000 profit a month and live like a king in Thailand, I know people doing just that.  Or you can make it a mission to create something like I have done and take home tens of thousands of dollars a month with one ecom store.

That’s not an exaggeration, I’m not here to sell you on anything.  No courses or coaching, so there’s no agenda here.  I’m just looking to document how I did it so I can direct my friends to this site when they ask me to tell them how I pulled it off.

In fact I know people (that I’ll bring up from time to time in some posts) that are doing hundreds of thousands of dollars a month in profit.

There are no secret tactics or strategies, it’s all been tried and tested and those that put in the work and are willing to learn a few new skills see the rewards.I will post regularly and explain how I have done it and the challenges I had to overcome to grow the business.

I Almost Died Launching My Store

Six Reasons Why You Need A Mastermind

I Niched Down To Grow Big